IDEC SPORT is once again on the attack this lunchtime (Wednesday). The big question today is knowing at what point to begin a series of gybes in order to get across a transition zone between an area of high pressure and a low. This decision will affect a lot of things, but Francis Joyon hopes to be back up with the pace of Banque Populaire V by Cape Horn. This would mean rounding the infamous cape by Tuesday.


On the other side of the world aboard IDEC SPORT on Wednesday 16th December on this 25th day at sea, the crew is continuing to make headway towards the NE. “We’re going to continue for a little while like that,” explained Francis Joyon. “We’re currently getting around the north of an area of low pressure that is stretching out a bit with some light stuff. We’re still in the WNW’ly air stream for the moment, but soon we will have to weave in and out. We’re going to have to carry out a series of gybes to get around the low and then wait for the moment, when we can dive south to an area of high pressure.”

Between the two “to go from one system to the other is a bit complicated: light airs and maybe even some upwind sailing. We’re going to have to weave our way down to this high, but once we have reached the steady winds, we will be able to head diagonally down south towards Cape Horn.” 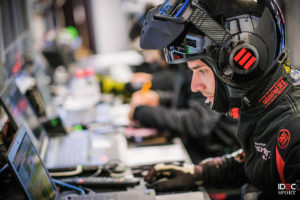 Cape Horn is the next target on the minds of the six sailors on IDEC SPORT. This lunchtime (Wednesday) there are 3000 miles to go to reach the tip of South America, and they hope to achieve this if possible in seven days or less, as Banque Populaire V rounded it on her 31st day at sea. How does the skipper of IDEC SPORT feel about that? “It can be done. There is some uncertainty about the transition zone, where we could lose or gain a lot, but for the moment our estimated time for reaching the Horn is slightly under seven days.”

We can therefore expect to see IDEC SPORT carrying out a gybe in the next few hours and several others will follow. “The trickiest part is in 24-30 hours from now,” said Joyon, “as we dive due south to get through the patch of calm weather where it is narrowest between the low and the high.”

So, to sum up, we can say that on board IDEC SPORT, they are expecting to suffer a bit in the short term in terms of the figures… but it should not be too bad. Which track are they watching the most? Banque Populaire’s of course. “Loïck (Peyron)’s track is shown on our chart and we’re watching that closely, while at the same time standing back and looking at the overall picture in terms of our times at each of the major capes,” added Francis Joyon. “That’s why we weren’t that upset at the end of the Atlantic, as we knew they suffered a little in the Pacific and lost a lot of time on their way back up the Atlantic. We remain very optimistic.”

150 miles regained during the night

What’s life like on board? “It feels like we’re down in the Tropics. It’s 15 degrees and that feels incredibly hot after the cold weather we had in the Southern Ocean, when we had ten days without any sunshine. This summer weather has reinvigorated us.” 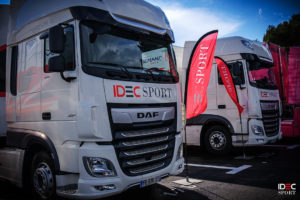 Everything is fine on IDEC SPORT. On top of that, and it is far from being a minor detail, the deficit in comparison to the record holder, which has been bouncing up and down, is now moving in the right direction. At 2130hrs yesterday evening it was 345 miles and this lunchtime it has been cut to 190 miles. The reason for that is IDEC SPORT is still sailing at thirty knots and even if her VMG is not as good on this tack, Joyon’s men are taking advantage of the fact that Banque Populaire V had a rather poor day on her 25th day of racing. With each gybe back to the starboard tack (heading south), IDEC SPORT should gain miles more quickly than ever. You can well imagine how the troops are feeling. They are all sounding very upbeat.