Maxi trimaran IDEC SPORT left early this morning its home port of La Trinité sur Mer, en route to southern Spain, Algeciras, in the extreme south of Andalusia, where the IDEC Group is building a huge positive energy logistics park. Francis Joyon is naturally at the helm of his faithful multihull and is making this long journey of more than a thousand miles in the company of part of the crew, Bernard Stamm, Antoine Blouet and Corentin Joyon. The latter will disembark in Spain in favor of his two companions, Bertrand Delesne, Boat Captain, and Christophe Houdet, tasked with reaching Algeciras by road. Once the PR operations in Andalusia are over, the Route du Rhum winner will head for Puerto Sherry near Cadiz, where she will begin her stand-by period while waiting for the right conditions for an attempt on the Discovery Route record, the historic route that links Spain to San Salvador in the Bahamas.

It is therefore by road that Bertrand Delesne, in charge of the technical destiny of the maxi trimaran IDEC SPORT since 2018, will reach Andalusia. “Corentin Joyon will disembark in Algeciras, where we will make a brief stay for operations to promote the “Puerto Seco Antequera” park project developed by the IDEC Group. The crew of Antoine (Blouet), Bernard (Stamm), Christophe (Houdet) and myself will then be complete,” explains the former Ministe, who is very interested in the start of the 23rd edition of the Mini -Transat this weekend. “Our Discovery Route will follow closely the Mini 6.50, via the Canary Islands and towards the West Indies. This route is really very attractive. It’s a downwind route par excellence, the most enjoyable way of sailing, and also the fastest for a boat like IDEC SPORT. The boat is really amazing and formidable in these downwind conditions ». IDEC SPORT is expected to dock in Algeciras next Tuesday.

“The Discovery Route record held by Spindrift and Yan Guichard, set in 2013, is really high,” Bertrand continued. “Six days, 14 hours, 29 minutes and 53 seconds to cover 4,481 miles on a direct route. That’s an average speed of over 25 knots! Obviously, we cannot afford to pick the wrong weather window. We will have to ride ahead of one or more lows centered on the Azores. We hope that these North-East flows will last until the end. October is a good month for this type of situation. We will be on stand-by in Puerto Sherry at the beginning of October, in constant communication with Christian Dumard, our weather expert. We are racing, as usual, with a reduced crew of 5 men. We all know the boat by heart. The understanding on board is great. Everyone contributes to the undertaking, including in the weather choices. Francis is not a big fan of long stand-by times. This has worked well for him throughout his extraordinary career. I feel a delicious pressure building up. This trip is fabulous. Each of us can measure the beauty, the historical significance and the value of the sporting challenge it represents. » 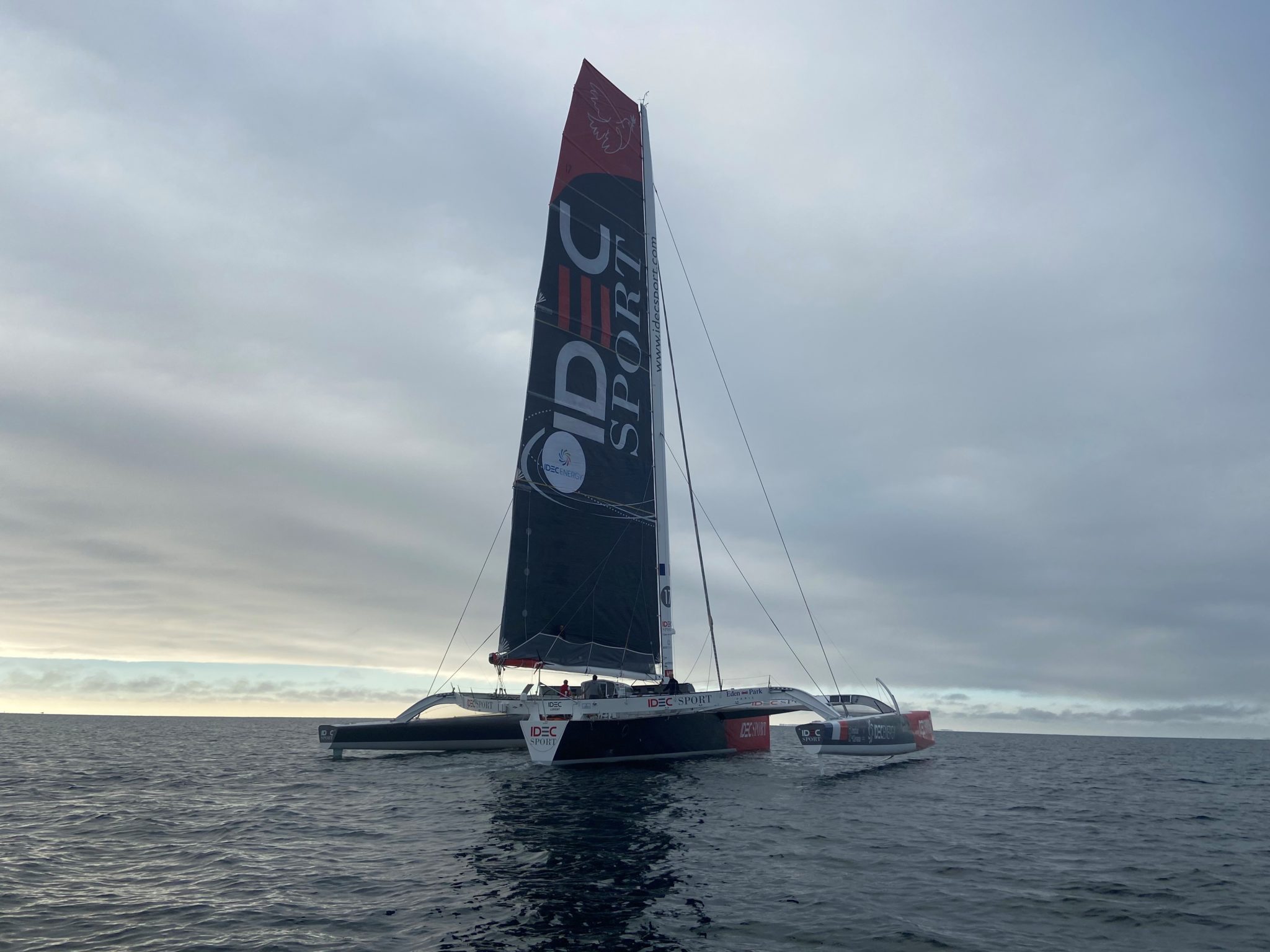