After an extraordinary weekend, which saw them regain 850 miles and move ahead of the record time, Cape Horn is coming up for the six sailors on IDEC SPORT skippered by Francis Joyon. Even if they are slowed down in the centre of a small area of low pressure, they should round the infamous cape tomorrow evening (Tuesday) within the record time. In other words just over 30 days, meaning they are still in with every chance during the climb back up the Atlantic.


The figures reveal some extraordinary gains this weekend. Pushing hard on the direct route (averaging 32 knots with peak speeds of 40), IDEC SPORT has swapped a deficit of 600 miles for a lead of 250 over the record pace. All of that was achieved in just 48 hours between Saturday morning and Monday. “It’s really great being ahead of the record once again,” Francis Joyon confirmed this afternoon. At 1500hrs, the big, red trimaran was only 600 miles from longitude 67°16 West, the official position of the legendary Horn.

However, the return to the Atlantic via the infamous cape will require a lot of effort, because of a small area of low pressure with light winds not far away to the south of Francis Joyon and his men. The skipper explained, “It’s going to be a little tricky. That’s why we gybed to tack north for a few hours.” In other words, IDEC SPORT is playing it safe attempting to stay in the vein of wind to the north. They are trying to avoid getting caught in the calm patches close to the centre of the low and to avoid being slowed down too much. The result could be twelve hours gained or lost depending on whether the sailors on IDEC SPORT have been lucky or not in dealing with this weather system.

A few hours ahead at the Cape? 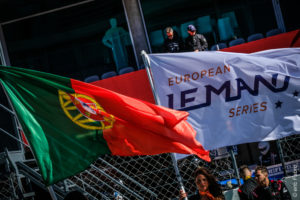 It is therefore hard to give a clear ETA for rounding the Horn. It is likely to be tomorrow (Tuesday) “perhaps around 1800hrs UTC, but it will all depend on the patch of calms and whether we are slowed down or not,” Francis Joyon warned us. Rounding the Horn at that time would mean they had been racing for 30 days and around 16 hours, while Loïck Petyron’s Banque Populaire V took 30 days, 22 hours and 18 minutes to sail there from Ushant. However, a word of caution about this 6-hour lead, as it will depend on how severely they are held up and for how long. In order to do better than the record holder, IDEC SPORT has to round the Horn before 0042hrs on Tuesday night.

It can be done of course, but it is not the most important thing for the sailors on IDEC SPORT. What really counts is to be well placed and to have succeeded after 29 and a half days of sailing in being in with every chance before they climb back up the South and North Atlantic. That is what Francis Joyon meant today, when he stated, “There won’t be much difference at the Horn. A little ahead or a little behind means we more or less have the same time as Loïck (Peyron) and his crew. Aboard, we’re very pleased to be up there with the record as we round this cape.”

Sailing close to the coast

Their excellent weekend has obviously given a boost to the men on board IDEC SPORT, who have remained upbeat throughout. Gwénolé Gahinet said, “It’s fantastic getting ahead of the record pace. Wonderful! Yesterday was a great day with all the sail combinations. The seas weren’t that easy to deal with and it was quite violent. There was some nasty slamming after accelerating on the waves and we had to look after the gear. For a few hours now, the sea has been calmer and our goal is clear. We have to be fast here. The approaches to the Horn look a little tricky, but it’s not that serious.”

On top of that, the youngest crewman should be able to see the legendary rock for the first time with his own eyes. “It looks like we’ll be sailing close to land,” Francis Joyon told us. “We may run along the Andes coast off the Patagonian channels. We should have some nice photos for you.”