IDEC SPORT has regained 300 miles in forty hours. Francis Joyon’s men have carried out five gybes one after the other since yesterday evening. They are speeding along at 30 knots on a route a long way south. Their aim is to stay ahead of a tropical low coming down from Madagascar, which could mean gaining or losing a whole day. It’s going to be very tight…

“We had a tricky night with winds averaging 33 knots gusting to 40 knots with heavy seas. The boat kept digging in and it was all very violent. We felt that the boat was suffering. There was lots of water on the deck. It wasn’t exactly pleasant sailing. But we need to keep the speed up, as we’re worried about getting ahead of the low coming down from Madagascar and it’s going to be down to within an hour. We could gain or lose a day, depending on whether we end up ahead or behind it. That’s why we’re at full speed racing against this low, as if we were in Quiberon Bay rather than at between 52 and 54 degrees south, where we have to watch out for icebergs.” In a few sentences, Francis Joyon says it all really.

Between the Kerguelens and Heard Island

Sailing down at these desolate latitudes is (very) tricky. Yes, they have to be really motivated to push IDEC SPORT all the way – if possible maintaining speeds above thirty knots. Yes, they had to manoeuvre, gybe, five times since yesterday evening to stick with the wind and sail the shortest distance possible. And yes, it is worth the hard work. The result over the past forty hours has been very positive: from 800 miles off the record pace, they are now 500 miles behind. The gain of 300 miles is a real reward for the six sailors on IDEC SPORT, who were sailing this afternoon halfway between the Kerguelens and the volcanic Heard Island, which are both around 150 miles away.

So speeding along as quickly as possible to remain to the east of this tropical low coming down from Madagascar is the main feature of the next 24 hours. “Marcel (van Triest, IDEC SPORT’s router) thinks it’s fifty-fifty,” explained Francis Joyon, before adding, “if we are on the right side, we will have steady NE’ly winds, if not, it’s going to be really crap.” To achieve this goal, they are having to sail a long way south… and keep an eye out for any icebergs. “When we see that the water temperature is below two degrees, that there is too much mist and that we are too stressed, we go back up again. In fact, we are bit like a yoyo going between the latitude that we think is rather dangerous and one that is less so. That’s why we are up and down between 52 and 54 degrees south.”


At 39 knots with visibility down to a boat length 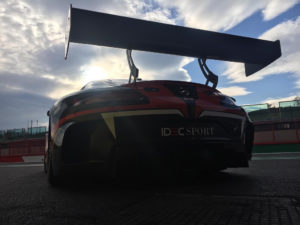 Any icebergs? “We haven’t seen any more, neither on the radar nor visually, but the visibility is poor. With the mist we can’t see further than one or two miles at the best of times.” The tiredness and stress are beginning to take their toll, “but the crew is solid and the boat at 100%. She’s a great boat!” There have not been any real technical problems, in spite of the high speeds and “the huge challenge they are facing” as Joyon said. So that’s what the icy life is like for the sailors on IDEC SPORT. A life that the German sailor, Boris Herrmann would not give up for anything in the world. “The last two days have been stressful, as it‘s hard to sleep with the boat moving around. Last night with the strong gusts was very stressful too. As for the ice, that remains virtual, as we haven’t seen any, but simply spotted it on the radar. It’s true that it’s odd sailing at 38 knots at night with visibility down to less than a boat length. But I’m pleased to be here and it’s only normal that life in the south is stressful.” Any animal life in the Indian Ocean? “It’s surprising that we haven’t seen many albatrosses. But hundreds of petrels are flying along with us. And just now, Gwéno saw a whale…”