Right in the middle of the South Atlantic, Francis Joyon’s men are out of the Roaring Forties. They are now preparing to face some patches of light airs. They told us more about their extraordinary encounter with a giant iceberg yesterday afternoon.


“Like others on board IDEC SPORT, I had already come across icebergs, but it was never as spectacular and fantastic as this. We were up close to a huge wall of ice.” On Saturday morning’s radio link-up, Francis Joyon expressed his amazement on seeing this giant iceberg yesterday afternoon in the Roaring Forties. An extremely rare occurrence. “It wasn’t in bad weather or with reduced visibility. It was in brilliant sunshine and we could see huge chunks of glass breaking off into the sea. The huge surface shone like in the mirror in the sun. It was really impressive. It was a fantastic sight and we said to each other that this trip was worth it just to see that.”

Worth it just to see that 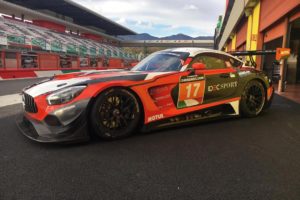 Francis Joyon has shown us before his childlike wonder facing the beauty of the natural world and he is certainly sincere. He didn’t forget either that encountering an iceberg so far north (43° S) may also be a worrying confirmation of global warming. “This is a matter that worries us all at the moment. We are pushing things too far with the climate. We really need to be careful. It’s important for us to be here to bear witness to what is happening.” Bernard Stamm had also already seen icebergs… but none as large as this one. He gave us his thoughts, “It was like something surreal. It was really impressive seeing this ice cube with such high cliffs and those blue reflections. I had already see icebergs from close by, but never one as big as this. We got to within a mile and a half of it.”

We’re going to have to fight hard

Going back to the record, the area of uncertainty that Francis Joyon has been telling us about for 48 hours is just ahead of the bows of IDEC SPORT. For the moment, they are continuing to make headway. Not as fast, but they are still moving. How much will it cost them before they pick up the trade winds and the fast route towards the Equator? That is the big question this weekend. Bernard Stamm: “We’re entering that area. There are several small transition zones to get across. For the moment, we’re tackling the first one with a Westerly wind easing off until we pick up wind on the other side coming from more or less the opposite direction, from the east. We have two or three transition zones like this one ahead. We’re going to have to fight hard with these patches of light airs.”

Fighting hard to avoid getting stuck too long. That is the programme for this weekend, according to Francis Joyon. “What is really happening is that we are entering the heart of a small area of high pressure. We’re still moving forward at ten knots and we should get through this one quite quickly. But there will come a time, when the wind drops right off for several hours and we will be tossed around on the swell. We’re going to have to struggle for a few hours to find our way out to the north looking for the wind, which will then allow us to sail efficiently once again towards the Equator.” Francis Joyon added, “It’s important to get out of here as best we can, as if we manage to save a couple of hours during this crossing, that could mean we have a decent enough time at he Equator. I’d say that if we get moving again tomorrow morning, that will be fine.”

What lies ahead? They will then have around 800 miles tacking upwind, before the wind shifts to the east, “which will allow us to sail well with the wind on the beam towards the Equator. That’s a fairly traditional route, once we are away from these hold-ups.”