After a hellish night, Idec Sport is still heading northwards at more than 30 knots. They are likely to be within sight of a group of icebergs at around 1500hrs this afternoon. Joyon’s men are having to be extra cautious. Fast but not furious…


“Happy Christmas everyone, including all those following us.” The Catalan sailor, Alex Pella was a pleasure to listen to today. With IDEC SPORT down in the Roaring Forties at high speed – still above 30 knots, Alex explained, “We have had some steady winds for two days and are sailing well at thirty knots, sometimes 32 knots. The seas are smoother now. Yesterday and during the night, we had some heavy seas hitting us side on, which prevented us from going very fast, but now in the sunshine, it’s perfect.”


Heavy seas during the night 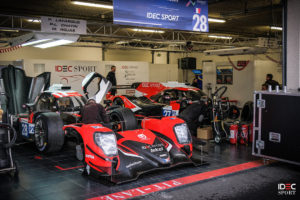 The South Atlantic doesn’t respect Christmas. During the night, the seas were heavy for the men on IDEC SPORT. Francis Joyon: “It was a wild night. We had a complicated manoeuvre with the J1. Someone needs to go out on the bow to guide the lines back after they got caught up in the headsail. The boat is diving into the xaves and slamming wildly.. We could see Alex with his harness on of course out there covered in water during the night. It wasn’t vey joyful, but someone had to do it. For this manoeuvre, I took the helm keeping an eye on Alex…” Nothing scares these sailors. They adapt to whatever is thrown at them, even when the conditions are hellish and the boat is going wild in the huge waves. That is why “we didn’t celebrate Christmas last night. The boat was being tossed around like something left loose in the back of a van. The seas were high with the waves hitting us from the side. It was fairly violent. But we were all thinking about our families and about how they were celebrating. Bernard has planned something special for this lunchtime.”

Icebergs within sight at 1500hrs?

Would you like ice with it? The men on IDEC SPORT will be getting some. Some huge blocks, which may be magnificent to see, but which are dangerous… Francis Joyon: “There is a group of four icebergs straight ahead if us. We’ll be there in 3 or 4 hours and should pass alongside them. The idea is to see them from a distance, slightly downwind of them. That way, we can admire them, but will be sufficiently far away from them, as there may be smaller blocks around them.” Another legendary moment in this Jules Verne Trophy attempt for the six sailors on IDEC SPORT…

The weather situation is still not certain. “We hope to avoid the area of calms around the high separating us from the Equator, but it’s not simple. Now, we’re on the direct route, but there are two areas, which could slow us down in the next couple of days. However, having said that, we could make it though. It’s all a bit unpredictable for the moment.”

Let’s keep our fingers crossed and look at the figures: IDEC SPORT is back at very high average speeds sailing about 680 miles a day. It is true that they haven’t managed to shave much off the record today, as Banque Populaire V had an excellent day down here. But tomorrow is another day. On their 35th day of sailing, Loïck Peyron’s crew only covered 380 miles. In other words, we can hope for a draw again by the Equator.
After 33 days and 8 hours of sailing, at 100hrs UTC, on Friday 25th December, IDEC SPORT was sailing at 32.9 knots at 45°17 S, 37°18 W. 340 miles behind the record.