Expected to cross the latitude of the Cape of Good Hope on Saturday at breakfast time with just a short distance after that to pass Cape Agulhas at the southernmost tip of Africa, IDEC SPORT will bring the first Atlantic stage of the round the world voyage to an end, as they will be moving onto adventures in the Indian Ocean.

Francis Joyon and his crew of five won’t be grabbing any records at this point, as the route taken by Banque Populaire V in the South Atlantic in early December 2011 was very fast. Forced by the movement of the areas of low pressure developing off Argentina to dive straight down to the far south, IDEC SPORT is having to sail more miles to get to the latitude of the Cape and is therefore not focusing on this intermediate time. It’s starting to get cold for Joyon, Pella, Stamm, Surtel, Gahinet and Herrmann, who are wrapping themselves for up cold wintery conditions.

An unheard of luxury 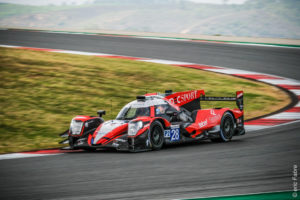 “Alex saw some seals. We didn’t believe him, but then Clément saw them too.” There’s no doubt about it. They are in the deep south. The huge open wilderness stretching out around Antarctica, changing its name according to the longitude, Atlantic, Indian or Pacific. IDEC SPORT is diving into these waters with the trepidation you would expect from such a great adventure. Those, who are used to this world, Francis with his three voyages there, Bernard Stamm and the Vendée Globe and other round the world races, Alex Pella and his Barcelona World Race will be rediscovering that special light, horizon and those seas. They will also find their reflexes, remaining attentive to the condition of the boat and the comfort of their fellow crewmen. Personal comfort is something that Francis Joyon is discovering with this maxi-trimaran. Used to solo sailing, he never thought about heating and rest, preferring to focus on the performance of his previous IDEC trimarans. “We’ve got our gloves, hats and foulies out,” he explained. “The fact that we’re with a crew means we can have dry clothes by taking it in turns getting wet. Sailing alone, I was always outside at the helm or busy with the sheets. For the first time, we have fitted a heater to dry out the area, where the wet weather gear is stored. I’m not used to the luxury of dry, warm clothes when I go out on watch. It’s also useful in stopping the damp getting to the electronics on board the boat.”

On their dive south yesterday, they passed close to the final land the maxi-trimaran will likely encounter before Crozet or the Kerguelens. All of the crew felt it was like dream seeing these islands, “where men die crazy, but happy,” as the French writer, Albert Camus wrote. Gwénolé Gahinet would have loved to have climbed to the top of one of these old volcanoes. Francis smiled, “We have been around the uninhabited islands, the aptly-named Inaccessible Island and Nightingale. We passed Gough, where we saw lots of sea birds, as well as our first white albatrosses, which glided around the bows of the boat.”

On 4th December 2011, Loick Peyron and his crew of thirteen set an incredible reference time between Ushant and the Cape of Good Hope aboard the Banque Populaire V maxi trimaran, completing this stretch in 11 days, 21 hours and 48 minutes. IDEC SPORT is expected to be just under 24 hours behind at the same point. This matches the estimated time they set themselves after discussions with the router Marcel van Triest at the start in Brest. Joyon and his men showed in the North Atlantic their ability to threaten their 40m virtual rival, Banque Populaire V, by improving on the time from Ushant to the Equator by almost 14 hours. For the time being, the crew is focusing on how to deal with another area of low pressure coming towards them from behind. The dive down to the Furious Fifties is continuing at an ever-increasing pace for the six men lining up to sail straight across the Indian Ocean as efficiently as possible.