The season came to an end this weekend in Estoril, where the final event in the VdeV championship took place. Finishing fourth overall in the GT and third in the Prototypes after setting off from the back of the grid (the second Ligier won in the Prestige category), the IDEC SPORT Racing team has finished the season in fine style, ending up in second place in both Championships. Added to their win in the 24-Hour series, Patrice Lafargue’s team has had a magical maiden year and has high ambitions for 2016, as they have announced their intention of competing in the European Le Mans Series and taking part with a new car in the 24-Hour Series.

GT: Just off the podium 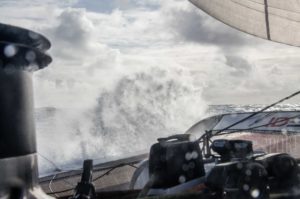 Fourth overall in the Estoril 6-Hour Race, but first in the GTV1 class, the Porsche 911-GT3R, driven by Patrice and Paul Lafargue and Dimitri Enjalbert, did well once again on the Portuguese circuit. “We had a great race. We were always up there with the frontrunners and we managed to get ahead of our main rival for the title, Visiom, which was no easy matter, as they performed really well,” commented Patrice Lafargue. “The race was tough and physical, as we suffered with the heat and the Porsche doesn’t have a lot of air, but at the same time, these were exceptional conditions for us to enjoy ourselves. We didn’t come out on top overall, but we did get the top spot in the class, so that was a good result. It wasn’t enough to win the Championship (won by Visiom, editor’s note), but we’re very pleased to finish in second place overall, and in particular to have finished with a good race.” The second Porsche driven by Gabriel Abergel, James Ruffier and Frédéric Da Rocha came in fifteenth.

Prototypes: What a comeback! 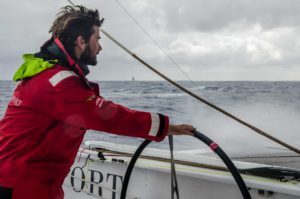 Starting from the back of the grid after not being able to establish a qualifying time after coming off the track, the Ligier JS53 Evo2 n°17 achieved the incredible feat of finishing third in the Estoril 6-Hour Race, a result which certainly pleased Patrice Lafargue: “We had to rebuild the car between the qualifiers and the big race, which gave us a bit of stress, as when that happens, you can never be sure if everything is connected up correctly, or if you’re going to have problems with the adjustments. In the end, the car performed well from the outset, and even if it was a huge handicap setting off from the rear of the grid, we had one of the best races of the season. It was a really great moment for the whole of the team and I really enjoyed that. We already went through that last time at Magny-Cours with the GT, and finishing on the podium is a huge achievement. The icing on the cake was number 15 finishing first in the Prestige category.” The second Ligier, raced by father and son Da Rocha and William Cavailhès, did indeed also have an excellent race, ending fifth overall and first in the Prestige category.

The season’s results: IDEC SPORT Racing does well on every level 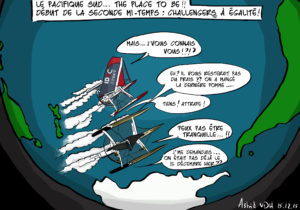 With a title in the 24-Hour Series and two second places to end the VdeV (GT, just 3.5 points behind the winner, and the prototype), the IDEC SPORT Racing team’s maiden season lived up to the hopes of the boss: “I’m very pleased,” confirmed Patrice Lafargue. “It’s true we wanted to keep our GT title, so that was a bit disappointing, but that wasn’t decided this weekend, as we lost it on circuits where we not so lucky and lost a lot of points, in particular in Dijon, where we didn’t score, which really changed the outlook in the championship. But to be honest, finishing as runner-up twice is a huge success, particularly in the prototypes where we hadn’t competed before. I’m very proud and would like to congratulate Jean-Claude Ruffier and his team, who were really enthusiastic in their work throughout the season. It’s a real pleasure to spend the weekends with them and it has given us a real boost. The consequence has been that we have got some very good results with everyone progressing. It has been a magical year for us on every level.”

The future? VdeV, 24 Hour Series and… the Le Mans Series

After this successful year, the IDEC SPORT Racing team will take another step up in 2016, as Patrice Lafargue has announced some ambitious developments. “Our ambitions are starting to show themselves, as we are committed to buying a Mercedes AMG GT3 to tackle the top category, the 24-Hour Series. That means we’re moving up a level in the championship and it is possible that we will make a few appearances in the VdeV championship with the AMG.” While the IDEC SPORT Racing team will remain faithful to the VdeV, probably with four cars competing (two GTs and two prototypes), it will nevertheless taking a giant leap forward competing for the first time in the European Le Mans Series: “We have taken out an option on a Ligier to take part in the 2016-2017 season, with the aim of preparing for the Le Mans 24-Hour Race in 2017,” confirmed Patrice Lafargue. “This is an important development for the team, but we remain simple and humble, as we have plenty to learn in this championship and have no experience so far. This is clearly a step up and the cars are much faster, the races hotly contested, so this is of a much higher standard than what we have so far been through.” With six cars in the team colours in 2016, IDEC Sport Racing will be growing, particularly as the dates for some events coincide. “We have reached an important point. We won’t be focusing entirely on the results in this new season, as our main goal will be to prepare to get better results later,” concluded Patrice Lafargue.