This 2022 season presents fewer unknowns than the previous one for IDEC SPORT as the Oreca will be run for the fifth year in a row and will be equipped with Goodyear tyres for the second consecutive year.

The trio of 2021 drivers is renewed with Paul Lafargue, Paul-Loup Chatin and Patrick Pilet at the wheel.

Nicolas Minassian, Team Principal of IDEC SPORT: “We have optimised the team and reshaped certain work areas. The LMP2 class is very competitive and the work on performance is becoming increasingly precise, so we are continuing to work on all the details. We have been running a development programme since the end of last season with tests coming up. As far as the drivers are concerned, we are keeping the same line-up, Paul Lafargue and Paul-Loup Chatin, who know each other very well, and Patrick Pilet, who will be with us for a second year. Three drivers who share the same sporting and human values. There is a good atmosphere and a real desire to perform. We know our weak and strong points. We want to try and catch up with the best and get back on the podium”.

IDEC SPORT is hoping to secure its ticket to take part in the 24 Hours of Le Mans for the sixth time, on 11 and 12 June. 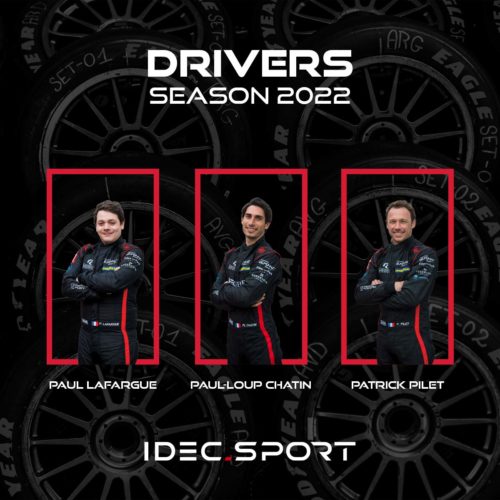 It is in this championship that IDEC SPORT has made its debut, with Dimitri Enjalbert making way for the experienced Dino Lunardi to support Patrice Lafargue in LMP3, the premier class of the Michelin Le Mans Cup.

“We know the LMP3 well. We are starting to drive at Magny-Cours and Spa to get the drivers back on track and for the team to get used to each other. This year, we have Dino Lunardi who will drive with Patrice. He knows the car well and has shown his speed. He is someone who has a lot of experience; it is motivating to have a driver like him with us. He knows how to set up and develop a car, it’s an asset to have him in the team. Patrice is very motivated at the beginning of this season. He is still enjoying the P3 and in the Michelin Cup we can aim for some good results,” explained Nicolas Minassian.

After a first visit to the workshop to mould his bucket, Dino Lunardi is also enthusiastic about the idea of being part of the team: “I am delighted to be joining the big IDEC SPORT family. It’s a new challenge for me. It’s a mark of recognition to be called by Nicolas Minassian. I know him from my karting days and we met on the Peugeot 908. I did a test and he was one of the main drivers. He is one of my mentors. So it’s great to have him back as a team boss,” explained the French driver. “I have a lot of ambition and the desire to do well. I know Patrice well too, we’ve been rubbing shoulders for a few years in the Le Mans Cup. A big thank you for his confidence. This new adventure marks the end with Motorsport 98 and Eric de Doncker, who is a friend of Patrice. I would like to thank them. I’m going to try to give the team the benefit of my experience and we’ll make use of IDEC SPORT’s technical know-how. 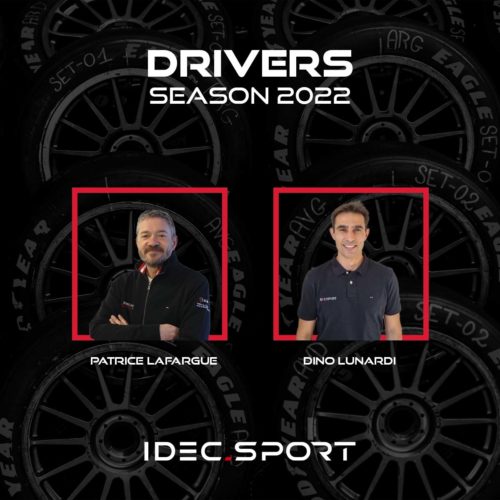